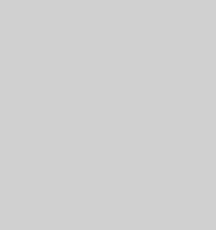 ArkEdge Space Inc.’s 6U satellite constellation program has been selected for a subsidy under the Ministry of Economy, Trade and Industry’s “Nano-Satellite Constellation Technology Development and Demonstration Project”.

The development of nano-satellite constellations is rapidly advancing around the world. It is expected that 6U satellites of about 10 kg class, which can be delivered quickly and at low cost, will be used for actual applications, making satellite data utilization more accessible.

Via the design, development, and on-orbit operations of seven 6U satellites under the four themes of “IoT communications”, “Earth observation”, “Maritime DX (Digital Transformation)” and “High-precision attitude control missions” by 2025, ArkEdge Space will realize on-orbit demonstrations of its proprietary 6U general-purpose standard bus and associated production and operation systems, and display its ability to produce multiple types of satellites that can respond quickly and flexibly to various market needs.

Through this project, ArkEdge Space will provide 6U satellite platforms to governments, research institutes, and private companies around the world, and contribute to achieving the SDGs, solving global issues, and creating a sustainable space industry.